“He knows the way that I take;

when he has tested me,

I will come forth as gold.”

Sheryl Andrus Carnegie also got the same report at MD Anderson last week.  Join her in thanking God for a good report.

Frances Lupo Durio sees a surgeon the middle on this month to set a date for her cancer surgery.  Please join in as we pray for her. 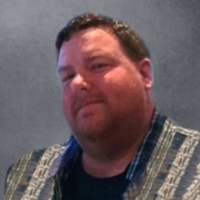 Timothy Austin Alford passed away Friday afternoon the 28th of August 2020 at Lutheran Hospital in Fort Wayne, Indiana following a brief illness. Timothy was born August 20, 1976 in Zachary, Louisiana. He was 44 years old.

Timothy was a devoted family man, father of three and stepfather to one. He was a man who made friends wherever he went.

Timothy worked his early career in the carnival amusements industry before transitioning into commercial trucking, traveling North America delivering the goods that make our world go round. Always a hard worker, Timothy made sure his final load was delivered near Fort Wayne before going to the hospital.

A memorial service will be held at a later date. 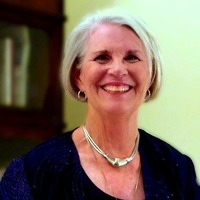 Kay Bronstad Hughes died peacefully of Alzheimer’s at 1:35pm on Tuesday, September 1, 2020 at the age of 79 in her home in Husser, Louisiana. Kay was born in Fort Worth Texas to Polly McCollum and Byron Bronstad of Kilgore, Texas and met Patrick Hughes of Natchez, Mississippi at Virginia Military Institute while a student at Mary Baldwin College in Virginia, and they married in 1960 at Denton Texas. They then lived in Germany, the Panama Canal Zone, Ft. Sill, Oklahoma, and many other military locations for 20 years, until his retirement as Lt. Colonel in 1981. She was preceded in death by her Mother, Polly McCollum McGee Reeder; Father, Byron Bronstad; sister, Margaret McGee; and brother, Robert McGee. Kay is survived by her husband, Lt. Colonel (Ret.) Patrick R. Hughes of Husser, LA; her three daughters, Teresa Buchanan of New Orleans, Deborah Conway of Waxhaw, NC, Carolyn Sheffield of Porter (Houston), TX; son, Ray Scott Hughes of Clinton, MS; sister- in-law, Suzanna Reeder of Port Aransas, TX; nephew, Bobbie McGee; niece, Leslie (Missy) Brown; twelve grandchildren and one great grandchild. Kay was a devout Christian and a gifted achiever, mother, leader and businesswoman. She excelled from her youth as Homecoming Queen and National Honor Society member at Kilgore High School; to Officers’ Wives club leader in Schwaebish Gmuend Germany, to head of the Army Community Service in Ft. Campbell. She also received St. Barbara’s Medal for Ft. Sill Oklahoma. She served as the church secretary in Ft. Clayton, Panama Canal Zone. Upon her husband’s retirement in 1981, she became a MaryKay Cosmetics Sales Director in Baton Rouge, LA, and worked for 33 years earning innumerable sales awards, trophies, the Miss Go Give award and several pink Cadillacs and other vehicles. She was loved and honored by all who knew her. Visitation will be held at McKneely Funeral Home in Amite from 4pm to 5pm on Monday, September 7, 2020 with funeral services beginning at 5pm. Interment and a final service will follow later at the Arlington National Cemetery in Arlington Virginia. Memorial gifts may be made to any Alzheimer’s research organization.
…OUR HOMECOMING QUEEN, HAS GONE HOME…

I was asked yesterday to give some idea of what we need/could use in the “shoeboxes”.  It’s wonderful to hear someone saying they want to make purchases and to request some guidance in shopping, even requesting a list here today.  I am so excited!

Your help in packing shoeboxes is greatly appreciated!  Think of the children when they open the shoeboxes!  What a blessing each item is to them!