“If you love someone, you will be loyal to him no matter what the cost.

You will always believe in him, always expect the best of him, and always stand your ground in defending him.”

Please continue to pray for Paul Morgan as physical therapy following surgery has begun.  Paul is hurting and not wanting to move.  Pray he has a good day today.

I’m so very thankful for those who have contributed to OCC at church this year.  It’s nice to have new participation.  Our monthly list has made a big difference in support.

“If I speak in the tongues of men or of angels,

but do have not love,

I am only a resounding gong or a clanging cymbal.”

The rain is giving me a hard time with my satellite.  Hopefully, there will be a break long enough to get a post out to you.

IMB Death – What a sweet story with eternal impact! 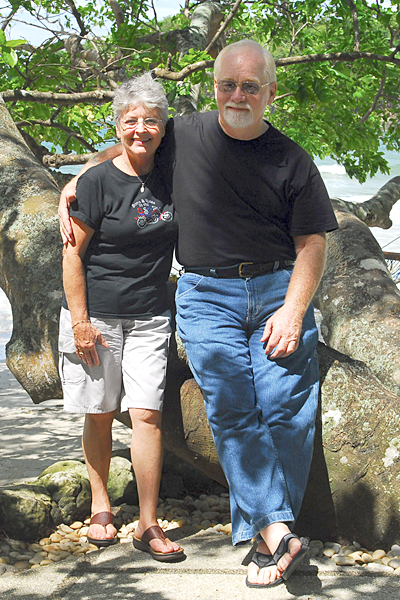 Linda Lipscomb, an International Mission Board worker known for her ability to bridge cultural divides, died Feb. 14 in Bangkok, Thailand, from complications following a bus accident. She was 63.

The former nurse and her husband J.P. Lipscomb were spending their retirement years serving God overseas.

Four weeks before her death, in another part of Asia, Linda stood just inside the door of a bus, preparing to step off and walk to a coffee shop. Without warning, the brakes released and the bus rolled forward, throwing the 115-pound, 4-foot-11-inch woman to the ground. The fall broke her left femur and wrist.

Hours later in a clinic, the red-faced bus driver hunched over in his seat and squeezed his hands as he and a bus company representative waited to see her.

“He needs to lose his job,” the supervisor said to the Lipscombs. “How much money does he need to pay?”

“Nothing. We forgive you,” the Lipscombs said. “We forgive you because God forgave us. Please do not take his job away from him.”

In tears, the driver could not believe they did not want revenge. The police report noted: “Victim forgave bus driver.”

“You fall off a bus and witness to half the city,” J.P. teased his wife.

Linda was medically evacuated to Bangkok the day after the accident.

Her craving for coffee became a joke between her and her nurses. She would laughingly ask J.P. for his when he came into her room with a cup. As her condition worsened and she was placed on a ventilator to assist her breathing, she continued to request coffee. Dipping a finger into his cup, J.P. would place a drop in her mouth.

During the next four weeks complications set in and she took a turn for the worse.

“Linda knew she was dying,” J.P. said. “We never had any respect for death. Death is given too much respect. … The only way you can get to heaven is to die.”

Linda accepted Christ as her Savior at 13. Five years later, she met J.P. at a drive-in. Four weeks later, they were married.

God had called Linda to missions at 16, but she did not go overseas full time until decades later.

The Lipscombs were retirement age and members of James Memorial Baptist Church in Gadsden, Ala., when they responded to a call to serve overseas. They first did medical work in the Philippines, sharing food and water with people while telling them about Jesus.

Over four years, they saw more than 300 Filipinos accept Christ, 39 churches planted and more than 40 pastors trained. Yet that was not enough.

“Send us someplace nobody wants to go,” J.P. said.

A fellow overseas worker had been looking for a couple to take on the challenge of evangelizing an unreached city. The worker knew the search was over when he discovered the Lipscombs, with their straightforward evangelistic presentation and their gray hair — a symbol of age that commands respect in Asia.

“Guys, this is difficult,” the worker told them.

The Lipscombs responded enthusiastically over the prospect of being “in a hard place.”

Every weekday students poured into the Lipscomb home in their new city, crowding around their kitchen table as they studied English. J.P. always emphasized, “We teach from the Bible,” using it as a textbook to start discussions that often led to eternal decisions.

Friends remember Linda swinging her short legs over the back of a friend’s motorbike, heading down the road to eat at a street-side noodle shop or taking a trip to the countryside to visit a student’s family.

“We would get a text message from them: ‘Another member added to the family today,’” said Julie McClendon*, a friend in their area.

The fruit of Linda’s life backed up the advice she gave Julie to be unselfish, embrace every relationship and to keep telling “The Story.”

Being unable to speak the local language didn’t inhibit Linda or J.P. They frequented local markets, businesses and homes. In their southern drawl, they bridged the cultural divide through their dependence on God. Someone asked J.P. what language he and Linda spoke. His answer was “love.”

Friends said it was fitting that Linda died on Valentine’s Day. From her eyes that showed how much she cared to the effort she made to befriend local shopkeepers, she embodied love.

“Her idea was not to sit on the front porch,” McClendon said. “I think many in retirement think, ‘Now it’s my time.’ I don’t think it was about that for her. All of her time would be His, to give it to His service. That is how she lived.”

*Name changed for security reasons. Dea Davidson is a writer for the International Mission Board.

Billie Callihan Strahan who grew up in Roseland,  but now lives east of Amite, had a stroke this week.  She is working hard to recover and to communicate.  Please pray for her and her family.

Mrs. Ruby Dillon‘s eye is much better.  Thank you for praying for her.

Smiley Conerly is making progress with the fluid.  Pray he continues to progress.  He is in room 8823 at Forest General Hospital at Hattisburg.  Carol Jean is right by his side.

Pat Ricks of Arcola fell and hurt both ankles.  One is broken.  She is wheelchair bound.  Pray for her as the doctor allows the ankles to heal without a cast.

Paul Morgan‘s doctors were able to remove his breathing tube.  Pray for continued progress for him.  Also, pray for his family, wife – Sandy, son – Zach, mother – Virgie, and others.

David and I had an opportunity to shop some for Operation Christmas Child yesterday.  We shopped and made purchases in three stores.  We got many great buys and a trunk full of items for the shoeboxes.  We were so excited!

Thank you for reading and. praying this morning.  I pray you are able to enjoy a sweet service today in the church of your choice.  David and I will be watching from home.

Though the mountains be shaken

and the hills be removed,

yet my unfailing love for you will not be shaken

nor my covenant of peace be removed,”

says the LORD, who has compassion on you.

Donald Alford is still at St. Tammany where doctors are trying to get him ready for going home.  Please keep Donald and his family in your prayers.

Also, keep Smiley  Conerly and his family in your prayers.  Smiley was still working on a fluid issue yesterday.

Paul Morgan is doing well following his heart surgery.  Thank you for your continued prayers for him. 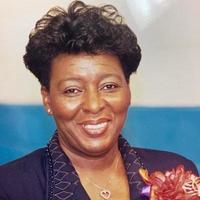 Have a great Saturday.  Don’t let the day end without doing something that makes a lasting difference.

Love is patient, love is kind.

It does not envy, it does not boast, it is not proud.

Paul Morgan‘s heart surgery went well.  Please pray for him during his recovery.  Pray for his sweet family as they help Paul through the coming days.

Please pray for family and friends today as they sit by a bedside and wait/pray.  We often think of the patient, but being there with the patient is often very difficult.

Josiah spent the day playing & got to meet Kimber, a therapy dog.

I have spent the entire day saying, “We play with toys, NOT tubes.” 🤦🏼‍♀️ Although, I’m sure that’s very difficult for a 2 year old when they are covered in them & they get tangled up with every move he makes. 🤷🏼‍♀️ I’m just thankful he feels like playing!

He is feeling better but still having issues with his oxygen levels. All of the respiratory viral tests came back negative. They made some more adjustments to his vent today & will re-evaluate his respiratory needs tomorrow. Unless he needs more support for urgent reasons. His X-ray showed some deep congestion so he will be getting special treatments every 4 hours to try to break it up. We are still waiting to see if we are going to add additional treatments for his infection based on the culture reports…but it takes several days to get the final report back.

Thanks for all the prayers!!! We have the best support system! To God be the glory!!!

Knowing the One to whom we pray makes all the difference!

Carol Jean Conerly just called to say Smiley‘s doctor called last night to ask him to come back to the hospital in Hattisburg where he was admitted with kidney issues.  She requested special prayers for them.  Thank you for praying.  They both know God is in control.

Donald Alford is still hospitalized in Covington.  Doctors are adjusting treatment plans.  Thank you for your continued prayers for Donald and family.

“Treat everyone you meet with dignity.”

We have a long list of prayer requests today.

Marcia Darlene Wall Phillips, 69 of Osyka died February 11, 2020 at her residence.  She was born on April 9, 1950 in Magnolia to the late J. C. Hilburn and Bonnie Raybourn Crawford.

She was a dairy farmer.

Mrs. Phillips was preceded in death by her parents; her first husband Benton Wall; and her second husband Stroud Phillips.

Visitation will be Thursday, February 13th from 5 till 9 PM and Friday from 10 AM till services at 1 PM all at Red Bluff Baptist Church in Greensburg, LA.  Interment will follow at Wall Cemetery in Gillsburg. Rev. Leroy McElween, Rev. Joe Day, and Rev. Sonny Travis will officiate the services.  Pallbearers will be Robert Easley, Austin Easley, Michael Wall, Austin Powers, Allen Easley, and John Brown. Honorary pallbearers are Robert E. Easley and Sonny Travis.

Have a great day!  Remember to treat everyone with dignity and to pray for these and other needs.

Dear friends, let us love one another, for love comes from God.

Everyone who loves has been born of God and knows God.