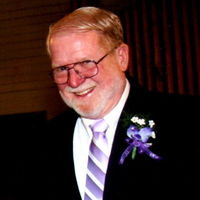 Summing up a mans life in a short notice for a newspaper is difficult for most but for a man like Donald “Red” Alford it is almost impossible. A father, husband, brother, friend, grandfather and even great-grandfather that believed in God first and family second. Family, whether by blood or choice, comes first. Serve the Lord, honor your family, be kind to strangers and always leave with the option to return. Never burn a bridge, try everything, learn how to do everything, because he wasn’t going to do it for you. Fake it until you make it, make a decision and stick to it. You will have learned a lesson either way. You always knew where you stood with him by how hard of a time he gave you. He was never fake. And the most important, yet maddening, lesson he taught all of us is “can’t never could.” Philippians 4:13, “I can do all things through Christ which strengtheneth me.” We will miss him more than we can even imagine right now. His hope and wish would be for everybody that he knew to know their future as sure as he knew his. Romans 8:28, “And we know that all things work together for good to them that love God, to them who are called according to his purpose.” Donald “Red” Alford, a resident of Angie, LA, passed away on Sunday, March 1, 2020 at his home. He was born September 22, 1941 in Roseland, LA and was 78 years of age. He is survived by his wife, Angela Hutton Secott Alford; 3 children, Janet A. Melancon and husband, Howard, John “Willie” Alford and wife, Cyndi, and Julia Sumrall and husband, Keith; 5 grandchildren, Harley Wood, Brady Melancon, Colby Alford, Craig Alford, and Mikey Sumrall; great-granddaughter, Hunter Lynne Wood; sister, Bonnie Newman; brother, David Alford and wife, Anna Lee; sister-in-law, Janie Alford; and numerous nieces and nephews. Preceded in death by his first wife, and loving mother to his kids,  Marylin “Midge” Dykes Alford; brother, Jimmy Alford; and brother-in-law, Harold Newman. Visitation at First Baptist Church of Arcola from 6:00PM until 9:00PM on Tuesday, and from 9:00AM until religious services at 11:00AM on Wednesday, March 4, 2020. Services conducted by Rev. Bob Simpson. Interment Arcola-Roseland Cemetery, Roseland, LA. Please consider making a donation to a charity that was close to his heart. Truth in Nature is a ministry for boys of single parents to help raise them as Christian men.  https://truthinnature.org/donate/.  McKneely Funeral Home, Amite, in charge of arrangements. For an online guestbook, visit http://www.mckneelys.com. 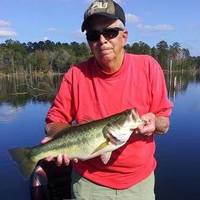 THIS IS NOT Carolyn and Joe from Roseland. 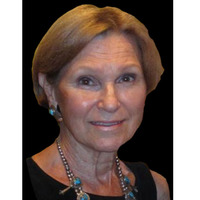 Graveside services for Carolyn Furca Kleinpeter will be held Saturday, March 7, 2020, at 11 AM at the Arcola Roseland Cemetery. Carolyn died in Philadelphia, Pennsylvania, on July 20, 2019, after battling mesothelioma for 16 months. She was 75 old, a native of Hammond, LA, a resident of Pensacola, FL, and lived for over 35 years in Chadds Ford, PA where for 25 years she operated Estate, Tag and Consignment Sales Inc. She was a member of Westminster Presbyterian Church in Wilmington, DE, and for many years led the Antiques and Collectibles section at the church’s annual Bazaar to benefit various missions of the church.

She is preceded in death by her parents Raymond and Lucille Furca, sisters Doris and Jimmie, and brother Kenneth. Carolyn is survived by Joseph, her husband of nearly 54 years, three children and six grandchildren: Shawn (Tara), Emmi and Ava of Mobile, AL; Shane (Sarah), Lena and Lawson now residing in Helsinki, Finland; and Shannon (Tom Webb), Benjamin and Abraham of West Grove, PA. She is also survived by sisters Catherine (E.J. Pittman), Lottie (Colin Keleher), and Jane (James Aswell) and brother Raymond (Mary), and numerous nieces and nephews.

Carolyn graduated from Southeastern Louisiana University in 1966 with a degree in home economics with a concentration in nutrition. While Joe was in graduate school at Tulane, she worked as an interior decorator at the iconic Maison Blanche department store on Canal Street in New Orleans and later as a research nutritionist for Tulane Medical School. The couple made their first home in 1968 in Ponca City, OK where Joe began a career with Conoco, and she took graduate courses at nearby Oklahoma State University. Their three children were born in Ponca City, and Carolyn was active in numerous civic and neighborhood activities.

Carolyn strongly supported Joe’s career as the family moved from Ponca City to Glenrothes, Scotland, McMurray, PA, Grand Junction, CO, New Canaan, CT, and finally to Chadds Ford, PA in 1982. In each location, Carolyn quickly set up a new home, became active in school and neighborhood organizations and made many friends. Her culinary skills, arts and crafts talent, gardening and organizing capabilities led friends to call her “the Martha Stewart of Chadds Ford.” She was an avid tennis player and an ardent collector of fine things.

Carolyn was always a striver and an achiever. At Hammond High School, she was in the National Honor Society and at Southeastern Louisiana University she was an honor student, head majorette of the marching band, an active member of the Wesley Foundation, a member of Sigma Sigma Sigma sorority and was the Sigma Tau Gamma White Rose Sweetheart. She was runner-up and Miss Congeniality in the 1963 Miss Tangipahoa Parish Beauty Contest.

In 2004, Carolyn established an endowed scholarship in Family and Consumer Sciences at Southeastern Louisiana University to help deserving students from Hammond or other high schools in Tangipahoa Parish. Since then, more than 50 students have received financial aid from Carolyn’s scholarship. In lieu of flowers, you may contribute to The Carolyn Furca Kleinpeter Scholarship, Southeastern Foundation, SLU 10703, Hammond, LA 70402.

Graveside burial services are being handled by McKbeely Funeral Home of Amite and Kentwood. A reception and celebration of Carolyn’s life will be held at Blythewood Plantation in Amite following the graveside services.