“Let us not become weary in doing good, for at the proper time we will reap a harvest if we do not give up.” 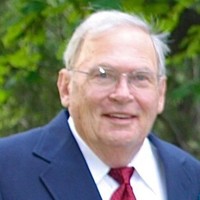 Carl Wayne Stevens, 76, beloved husband and father, left this world peacefully to be with Jesus surrounded by his beloved wife and children on December 2, 2019. He entered this world on August 3, 1943 in Magnolia, MS, born to Amy Belle and Wayne Stevens.

He is preceded in death by his parents Amy Belle and Wayne Stevens and his brother Preston David Stevens of Kentwood, LA.

Carl owned and operated a dairy farm for 29 years while also working as a rural mail carrier for 22 of those years. After retiring and moving to Laurel, MS he began a new career as owner and operator of Daylight Donuts. Carl was an absolute joy to everyone who knew him. He was known for his wit, kindness, sincere love for and acceptance of all. He put special emphasis on his relationship with his sister, children, and each of his grandchildren. He deeply loved and cherished Nora, his one true love of over 55 years and the life they built together. He loved well and was loved well.

Friends are invited to share their memories of Carl with his family during visitation at Colonial Chapel Funeral Home, 4593 Indian Springs Rd, Laurel, MS, on Friday, December 6th from 12:00 – 2:30 pm. Services will begin at 2:30 pm with interment to follow at Lake Park Hills Cemetery, Laurel, MS.

Operation Christmas Child – Our shoeboxes were sent to Dallas for processing.  Boxes from there appear to be going to Central America, as usual, because that area is closer to Dallas than other processing centers.

The Devil tries to make Jesus do wrong things

1 Then Jesus returned from the river Jordan. He was full of the Holy Spirit and the Holy Spirit led him into the wilderness. 2 He stayed there for 40 days and he did not eat anything. During this time the Devil tried to cause Jesus to do wrong things. At the end of 40 days, Jesus was very hungry.

3 The Devil said to Jesus, ‘If you are the Son of God, speak to this stone. Tell it to become bread.’

4 ‘No!’ Jesus replied, ‘The Bible says that food alone cannot cause people to live.’

“Only worship your Lord God.

He is the only one that you should obey.” ’

9 The Devil now took Jesus to Jerusalem. He took him to stand on the highest part of God’s Great House. Then he said to Jesus, ‘If you are the Son of God, jump down from here to the ground. 10 You know that the Bible says:

“God will tell his angels to keep you safe.”

11 “They will hold you safely in their hands.

They will not let you hurt your foot on a stone.” ’

“Do not do a foolish thing to see if your Lord God will save you.” ’

13 The Devil tried to make Jesus do many wrong things like that. When he had finished this, he left Jesus alone for a time.

14 Then Jesus returned to Galilee. The Holy Spirit continued to give him power. Everyone who lived near there heard the news about him. 15 He taught people in the Jewish meeting places. Everyone said good things about him.

16 Jesus went to Nazareth, the town where he had grown up. On the Jewish day for rest, he went to their meeting place. This was what he usually did. He stood up to read aloud from the Bible.

17 They gave him the book of messages that God had given to his prophet Isaiah. Jesus opened the book. He found the place where Isaiah wrote:

He has chosen me to tell good news to poor people.

He has sent me to tell people who are in prison, “You can go free!”

I must say to people that cannot see, “See again!”

I must cause people that are like slaves to become free.

19 I must tell everyone, “This is the year when God will be kind to his people.” ’

21 Jesus said to them, ‘Today this message has become true. It has happened while you were listening.’

22 Everyone was talking about Jesus. They were surprised at the good way in which he spoke. They said to each other, ‘He is really only the son of Joseph. Isn’t that true?’

23 Jesus then said to them, ‘Now you will tell me the proverb, “Doctor, make yourself well!” You will also say, “We have heard that you did many surprising things in Capernaum. This is your home town, so do the same things here!” 24 I tell you this, people do not accept a prophet of God who comes from their own town.

25 What I tell you is true. There were many widows in the country of Israel when Elijah was alive. At that time, it did not rain for three and a half years. So people were very hungry in all the country. 26 But God did not send Elijah to help a widow in Israel. Instead, God sent Elijah to the country called Sidon. There he helped a widow in a place called Zarephath.

27 Here is another example: When God’s prophet Elisha was alive, there were many people in Israel with a bad illness of the skin. But God did not make any of them well. Instead, he made a man well who was from the country called Syria. That man was called Naaman.’

28 The people in the meeting place heard what Jesus said. They became very angry. 29 They stood up and they made him leave the town. They took him to the top of the hill where the town was. They wanted to throw him over the edge to the bottom. 30 But Jesus walked through the middle of the crowd and he went away.

Jesus causes a bad spirit to leave a man

31 Jesus went to a town in Galilee called Capernaum. On the Jewish day for rest, he taught the people there. 32 The people were very surprised at the things that Jesus taught them. He spoke with authority. 33 In the meeting place was a sick man. He had a spirit of a bad demon that was living inside him. The spirit caused the man to shout loudly. 34 He said, ‘Jesus from Nazareth, leave us alone! Do not destroy us! I know who you are. You are God’s Holy One!’

35 Jesus said to the spirit, ‘Be quiet! Come out of the man!’ Then the bad spirit caused the man to fall to the ground in front of the people. It came out of the man but it did not hurt him.

36 All the people were very surprised and they said to each other, ‘Listen to what this man says! He has power and authority. He tells bad spirits to come out of people, and they come out.’ 37 So, they began to tell everyone about Jesus. Because of this, people in all the places near Capernaum heard the news about Jesus.

38 Jesus then left the meeting place and he went to Simon’s home. The mother of Simon’s wife was ill and her body was very hot. So, they asked Jesus to make her well. 39 Jesus came and he stood near her. He told the illness to go away and immediately she was well again. She got up and she prepared food for her visitors.

40 When the sun was going down, people in the town brought to Jesus all those people who were ill. They had many different kinds of illness. Jesus put his hands on each ill person and they became well again.

41 Also, bad spirits came out of many people. They were shouting, ‘You are the Son of God.’ The spirits knew that Jesus was the Messiah. Because of this, Jesus stopped them. He would not let them speak.

42 Early the next morning, Jesus went to a place where he could be alone. The people went to look for him. When they found him they said, ‘Do not leave us! Please stay here with us.’ 43 Jesus replied, ‘I must go to other towns to tell everyone the good news. I will tell them how God rules in the lives of his people. That is what God sent me to do.’

44 Then he travelled to many towns in the country called Judea. He went into the Jewish meeting places and taught people there.

Yesterday was assigned a title. “Giving Tuesday”.  Please don’t limit your giving to one day a year!  Give of yourself regularly and without needing a special designation.