“All of you together are Christ’s body, and each one of you is a separate and necessary part of it.”

Our daughter-in-law had a very successful gall bladder surgery.  Her recovery seems to be going smoothly.  Thank-you for praying for Becki.

Brett Frazier continues to be in a room at Lakeview and is doing about the same.  Please continue to pray for his family.

David had another long day, 8 A.M. to 6 P.M. yesterday as we traveled to Baton Rouge.  After labs, seeing a NP, and getting Procrit, David got a unit of blood.

Some just wrote me through “Contact” on this site and requested prayers for the family of Micah Fitzhugh.

I found a more complete obituary for David’s brother.

James ‘Jimmy’ Russell Alford
Jimmy Alford, age 80, went to be with his Lord and Savior, Jesus Christ on Sunday, March 24, 2019 at his home surrounded by his loving family. He retired from ExxonMobil, as the Head Advisor of the Inspection Division for many years, where he mentored many generations in his field. Jimmy was a member of Magnolia Baptist Church, who was very strong in his faith. He proudly served his country in the United States Army, served as 8th Ward Constable for many years, and also as a past president and board member for the Livingston Parish Fire District #10 in Holden. Jimmy served his community as the District Deputy Grand Master of the 19th Masonic District of the Grand Lodge of Louisiana, an active member of the Blue Knights Motorcycle Club, a dedicated member of the Gideons International Organization, and the Knights Templar in Hammond. Jimmy was a very giving and selfless man, always willing to help out anyone in need. He would often cook his famous “Jambalaya A-La Alford” for many charities, fundraisers and benefits to help people in need. Jimmy loved going to the camp on the river with his family and catching catfish and setting out his trout lines. In his younger years he raced cars, where he first met the love of his life, Janie, who he later married and they had two wonderful children. Jimmy was the greatest man, best husband, loving father, and an awesome grandfather, who has left behind a beautiful legacy to remember him by and is already deeply missed by all who knew and loved him.Jimmy leaves behind his adoring wife of almost 50 years, Janie Courtney Alford; daughter, Leesha Robert and husband Troy; son, Shawn Alford and wife Catherine; sister, Bonnie Alford Newman and husband Harold; brothers, Donald Alford and wife Angela, and David Alford and wife Anna Lee; grandchildren, Kaleb Gleber, Tanner Gleber, Grace Alford, Caroline Alford, and Mary Cate Alford.

Relatives and friends of the family are invited to attend the visitation from the chapel of Brandon G. Thompson Funeral Home, Hammond, on Tuesday, March 26, 2019 from 6:00 p.m. until 9:00 p.m. Visitation will resume on Wednesday, March 27, 2019 from 9:00 a.m. until the Masonic service at 11:00 a.m. The Celebration of Life Service will follow at 11:30 a.m. officiated by Bro. Richard Wallace and Brother Alton Foster. Interment to follow in Arcola-Roseland Cemetery.

I now have an obituary for Bro. Darryl’s dad, Charles Miller.

Mr. Miller had a keen intelligence and phenomenal memory that served him well in his many jobs and hobbies. Dairy farming, gardening, carpentry, logging, teaching, high school and vo-tech guidance counselor were just some of the many jobs he held over the years. His hobbies included coin collecting and extensive family genealogy research. After his retirement, he began cataloguing every cemetery in Washington, St Helena, Livingston and Tangipahoa Parish. His genealogy and cemetery works are available in many local public libraries. He loved to travel and he and his wife visited every state except Hawaii during their 63 years together. Mr. Miller’s great love was all things military. He joined the U.S. Army National Guard in October 1949. He retired as a Major in 1976 and spent many joyous hours recounting his adventures to anyone who would listen.

He had many nieces/nephews and proudly displayed pictures of his large, extended family throughout his home.

He was preceded in death by his wife, Ernestine Lanford Miller; father and mother, Elton Jerry and Ontee Smith Miller; and brother Bobby L. Miller

Services:
Mt. Pisgah Baptist Church, memorial service at 11:00 am on April 1, 2019 followed by a graveside service at Mt. Pisgah. Afterward, the fellowship hall will be open for lunch and visitation.

The family would like to thank everyone for their prayers, calls and visits. A very special thanks to Heart of Hospice for going above and beyond with their care and support. Dad checked the calendar every morning to see which staff member would be coming out that day and truly looked forward to your visits. A special shout out to Rivers, Dionne and Aaron who always had time for his stories. 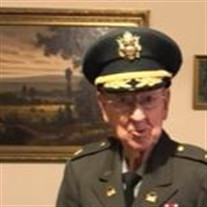 Read and Write the Bible – Matthew 25:44-45
Pray for these families and other families who need out prayers today.
Anna Lee