I have four obituaries to share.  Please pray for each family. 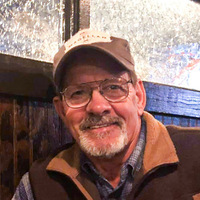 Leroy Wilkinson, Jr. of Amite passed into eternal glory on August 28, 2020. Only 6 short weeks after his beloved wife, Debbie Wilkinson. Leroy was a beloved husband, father, and “Poppa” to his six grandchildren, whom he loved dearly, but most of all he was a man of God who served the Lord. Leroy was an astoundingly hard worker. His hands were strong and gentle all at the same time. He devoted himself fully to the Lord, his family, and his work. The family is reminded of this scripture from Colossians 3, as it represents the Hard working servants heart he had. “Whatever you do, work at it with all your heart, as working for the Lord, not for human masters, since you know that you will receive an inheritance from the Lord as a reward. It is the Lord Christ you are serving.” Leroy was born January 6, 1951 in Independence, LA and was 69 years of age. He is survived by his 3 sons, Dustin Wilkinson and wife, Madelyn Wilkinson of Amite, Jacob Wilkinson and wife, Hannah Wilkinson of Amite and Jordan Wilkinson and wife, Whitney Wilkinson of Montpelier; grandchildren, Kenlea Wilkinson, Brooks Wilkinson, Rivers Wilkinson, Harper Wilkinson, Bradlee Wilkinson and Collins Wilkinson; siblings, Faye Wilkinson Singleton and husband, Wayne, twin brother, Claude William Wilkinson and wife, Minnie, Margie Wilkinson Cutrer, and Michael Wayne Wilkinson and wife, Sandy. Preceded in death by wife of 40 years, Debbie Miller “Zsa Zsa” Wilkinson; father, Frederick Leroy Wilkinson, Sr.; mother, Willie Mae “Billie” Lyon Wilkinson. Visitation at Cornerstone Church of Amite from 6:00PM until 9:00PM on Wednesday and from 9:00AM until religious services at 11:00AM on Thursday, September 3, 2020. Services conducted by Rev. Mervin Strother and Pastor Chip Fitz. Interment Amite Memorial Gardens, Amite, LA. McKneely Funeral Home, Amite, in charge of arrangements. For an online guestbook, visit http://www.mckneelys.com.

(Leroy was my cousin.  His grandpaw, Claude Wilkinson, and my grandmother, Jennie Wilkinson Draughon, were siblings.) 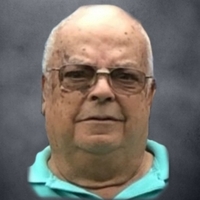 I am the resurrection and the life. The one who believes in me will live, even though they die. John 11:25

Carlton William Drew, Sr. a native of Tickfaw, LA and resident of Oakwood Village in Zachary, was born September 4, 1938 and went to be with the Lord on Saturday, August 29, 2020. He was a Snap-On Tools Salesman in Baton Rouge for over 36 years. Carlton was a man who loved his family deeply. His face would light up when he talked about his children, grandchildren and especially his great-grandchildren. He loved spending time with family. Carlton did not meet a stranger and was blessed to have many good friends over the years. He will be missed by all who knew him and loved him. He also spent many years coaching baseball and softball. Some of his fondest memories were of his coaching days in the Baker Little League Program. Carlton is survived by his three children, Pam Hays (Greg), Billy Drew (Lisa) and Tommy Drew (Martha). His five grandchildren, Amber Anderson (Jeramie), Brandon Hays (Kate), Denon Stacy (Dallas), Dane Drew (Kendyl) and Will Drew and his seven great grandchildren, Evie, Hannah, Knox, Camden, Ben, Ellie and Slade. He is also survived by his brother-in-law, Larry Brinkley (Debbie) and several nieces and nephews. He was preceded in death by his wife of 60 years, Evelyn Brinkley Drew, his parents, Dallas and Nina Drew, a sister, Doris Hughes and two brothers, Colis Drew and Artie Drew. The family wishes to share that there will be a private graveside service. McKneely Funeral Home, Amite, in charge of arrangements. For an online guestbook, visit http://www.mckneelys.com. 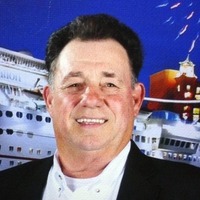 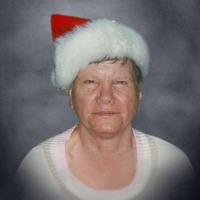 Lana Jean Miller passed from this life into the arms of Jesus and her beloved Ms. Lillie on Friday, August 28, 2020 at the Carpenter House in Baton Rouge. She was born on March 7, 1948, but every year said she was celebrating her 18th birthday. She lived for 50+ years at Hammond State School in Albany. For the past several years, Lana was cared for by Assistance Just for You in her own apartment. Her precious caregivers loved her like family. Lana was feisty, funny, and very determined. Some of her caregivers referred to her as “The Boss” because she thought she was just that.

She is preceded in death by her parents, Grover and Lillie Niquiporo Miller, and her sister Carolyn Miller Cronin. The original four are together again. Lana is survived by her sister, Marlene Miller Roney (Paul), six nieces and nephews, twelve great nieces and nephews, and one great-great nephew.

Lana’s presence in our family will be missed, but we know she is now truly living “We are confident, I say, and would prefer to be away from the body and at home with the Lord.” (2 Corinthians 5:8). In lieu of flowers, the family requests that donations be made to Assistance Just for You, 900 JW Davis Drive, Hammond, LA 70403.
Visitation at Hillsdale Baptist Church from 10:00AM until religious services at 11:00AM on Tuesday, September 1, 2020. Interment Hillsdale Cemetery, Hillsdale, LA. McKneely Funeral Home, Amite, in charge of arrangements. For an online guestbook, visit http://www.mckneelys.com.