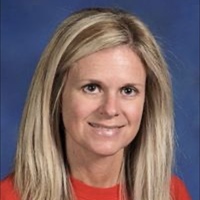 “I have fought a good fight, I have finished my course, I have kept the faith.”

Kristi Alford went to her eternal home on Friday morning, February 28, 2020 at Baton Rouge General Medical Center after a lengthy battle with leiomyosarcoma cancer. She was born on October 22, 1970 at Pike Hospital in Kentwood and was 49 years old. Kristi was the loving wife of Jeremy Alford. She resided in Chesbrough Community where she taught for many years at Sumner High School. She was an active member of East Fork Baptist Church. Kristi was a special person. She always had a smile despite her health issues for the last few years. She always wanted to share her faith in the Lord with everyone she met. She was always willing to help and dearly loved her family, friends, and students she taught thru the years. In addition to her husband, Jeremy, she is survived by one daughter, Logan Bales; two sons, Noah Bales and Eli Alford; one sister, Kim Gilliland and brother-in-law, Jeffrey Gilliland; mother, Sue H. Schexnayder and step-father, Johnny Schexnayder; father, Gilbert Graham and step-mother, Dorothy Graham; father-in-law and mother-in-law, Tim and Charlotte Alford; brother-in-law, Jesse Alford and wife, Molly; sister-in-law, Carrie Dunn and husband, Joe; and several nephews and nieces. She was preceded in death by maternal grandparents, Harmon and Delcie Hyde; paternal grandparents, Clayton and Ophia Graham; and an aunt, Ann Walters. Visitation will be at East Fork Baptist Church from 6:00PM until 9:00PM on Sunday and from 8:00AM until religious services at 10:00AM on Monday, March 2, 2020. Services conducted by Revs. Randal Camardelle, Brock Burch and Tom Descant. Interment will be in Hyde Cemetery, Chesbrough. Pallbearers will be Sam Gilliland, Jordi Gilliland, Jered Gilliland, Charlie Dykes, Caleb Dykes and Brady Milton. In lieu of flowers, friends may give to St. Jude or a charity of their choice. McKneely Funeral Home, Kentwood, in charge of arrangements. For an online guestbook, visit http:\\www.mckneelys.com.