“God’s family is the church of the living God, the pillar and foundation of the truth.”

I don’t know about homecoming today at FBC, Kentwood, but I do know the the talented group from years ago, Gloryland, will perform at Gillsburg Baptist Church tonight at 6 P.M.  This will be the first time they have sung as a group in many years.  They will sing at 6 P.M. 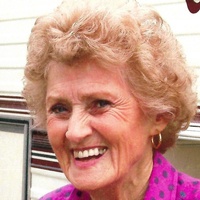 VIOLA RAYBOURN JONES, (85), loving wife and mother, grandmother and great-grandmother, left this earthly life on March 28, 2019. Viola Mae Raybourn was born September 24, 1933 , the third child of James Alfred Raybourn and Etta Mae Broome Raybourn. Viola married her husband of 61 years, Darrell Dwight Jones of Maurepas, Louisiana, on May 7, 1955. Viola attended Kentwood High School. She met Darrell while attending business college in Baton Rouge, Louisiana. Shortly after their marriage, Darrell entered the US Army and Viola moved with him to Fort Polk in Leesville, Louisiana, where she worked on post as an office assistant. Viola and Darrell moved to Brusly in 1964 where they raised their three children. She worked out of the home for many years, doing upholstery work and making custom draperies, and also as a substitute teacher. She later became the office manager for Brusly High School. Viola maintained a strong faith in God, and was active in her Baptist faith, most recently at First Baptist Church in Plaquemine, La. She was a long-time member of the Order of the Eastern Star. Viola and Darrell were avid campers and loved to travel. They were fortunate to visit many of our countries grandest places, traveling to every state except Hawaii. In 1988 they camped their way all across the US and Canada up to the Denali valley in Alaska. One of their all-time favorite places was Black Rock Mountain State Park in Mountain City, Georgia, where they returned for many summers. Their children have many wonderful memories of this park and its rangers, who came to be old friends to Darrell and Viola. In their later years, they spent several weeks each summer in Southfork, Colorado and several weeks during the winter at San Benito, Texas, from which they always returned loaded down with grapefruit. Viola was preceded in death by her loving husband Darrell on April 28, 2016. Viola is survived by one daughter, Deborah Suzanne Jones Torres, and her husband Lyle Charles Torres; and two sons: James Darrell Jones, and his wife Lauren Suzanne Massey Jones; and Daniel Leroy Jones, and his wife Melissa Ann Cade Jones. She had seven grandchildren: Leigh Nicole Jones Adams and her husband Richard Todd Adams; Phillip Matthew Mack and his wife Michelle Clare Folse Mack; Rachel Layne Jones Chappell and her husband Cory Donald Chappell; Jaime Elizabeth Mack Chenevert and her husband Cody Joseph Chenevert; Jennifer Michele Jones Browning, and her husband Gage Daniel Browning; Evan Darrell Mack, and Jared Michael Jones. She also had six great-grandchildren: Piper Eloise Mack, Alice Violet Mack, Georgette Viola Adams, Raylen Leigh Chappell, Silas James Mack, and Jones Ganson Chappell. She was preceded in death by her parents and siblings James Houlon Raybourn, Bonnie Verlie Smith Crawford, and Zettie Janette Raybourn Rhodus. She is survived by two brothers, Percy Ben Raybourn and Adren Lavon Raybourn. As per her wishes, Viola will be laid to rest with a small gravesite ceremony at the Line Creek Cemetery in Kentwood, Louisiana on Tuesday, April 2, 2019 at 11 am. In lieu of flowers, donations can be made to the Alzheimer’s Foundation (www.alzfdn.org).

I have the  Bible reading guide for April and will try to get it to the church this morning so you can follow it.  The theme of the verses for April is “Waiting on God”.

Don’t forget to support the Annie Armstrong Easter Offering for North America and to bring your donations for Operation Christmas Child.  The OCC purchases can be left in the Sunday School classroom next to the choir room.  If you prefer to give money to OCC, mark your envelope to say special account for OCC.  Thank you for giving so others can learn about Jesus.

Have a blessed Lord’s Day!